What's On Your Mind? (Silly or Serious!)

Talk about anything you want here
Post Reply
54 posts 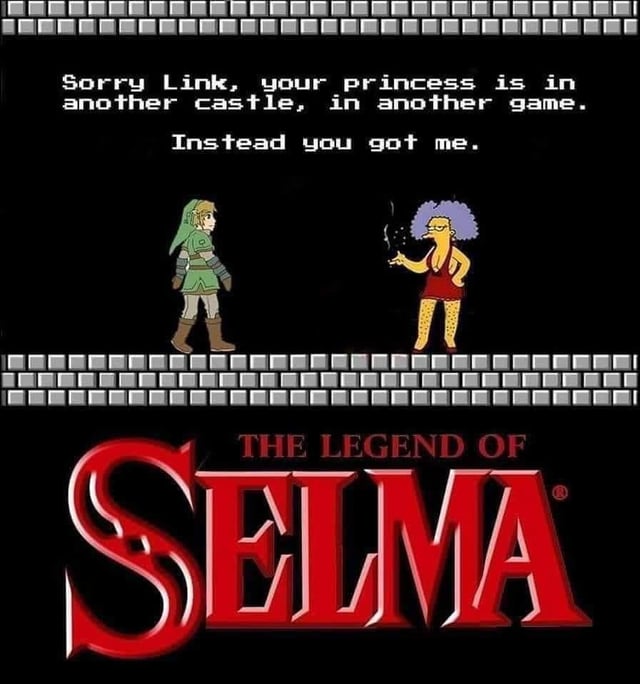 There's a new script around: PHANTASMAGORIA! Check the Script Party topic in the Bard's Forum!
Skip to new scripts
Top

I remember living through this as a fan of Judas Priest, but it recently came up on Blabbernet because Rob Halford, singer of heavy metal band JUDAS PRIEST, recently put out a book called Confessions and has been on podcasts and sites promoting it.

One of the things that came up - that was historic to Judas Priest - was when two teenagers killed themselves (one successfully, his friend survived, but blew off half of his face, and died several years later from what doctors claim to be complications from the self inflicted wound).

The two teens in question were notorious drunks, druggies, and troublemakers when they decided to take their life.

The friend, who survived (before passing) sent a letter to his mother citing that it was because they were listening to Judas Priest - and they got the "urge" to kill themselves.

Judas Priest (and CBS, their record label at the time) was then attempted to be sued by the parents - for planting subliminal messages in their music (one song specifically, that supposedly says "Do it! Do it! Do it!" with increased intensity).

Now. The thing is - you could only hear this if you played the record backwards.

First of all, the expert they got was actually a marine biologist who dabbled in "audio." So he's probably as much of an "expert" as I would be.

Second, in order to even supposedly hear it - it'd only ever work if you had a RECORD/VINYL.

A tape or CD would never work because you can't technically play those backwards (and I don't even think CDs were even a thing yet). Of course, now with digital copies of songs (such as MP3s) - you can reverse audio, easily. (Easier than on Vinly).

Third, if you do reverse said song - it's not there. There is no "Do it" - with higher intensity.

I get, it's parents, looking for someone or something to blame - for not being good enough parents to see their kids were probably already suffering from some form of undiagnosed mental disorder (which could have been as simple as depression, which alcohol and drugs may have only made worse) - because in the 80's - parents were blaming heavy metal and Dungeon & Dragons for all the evils of their children. Now D&D is more popular than it has EVER been, and certainly no crazy Satanic Cults running around. Heavy Metal faded when Grunge was born, then that faded to... I don't know what music is these days.

But if you want to read about the Judas Priest thing and see a video about the trial straight out of the 80's...

EDIT - Just checked. The trial was in 1990 - and according to this in regards to CDs pretty much in 1988 musically - so it would have been around -
https://kodakdigitizing.com/blogs/news/ ... sette-tape

The rise of the CD
Like most technology, the initial release lineup is fairly limited, and the same went for the CD player. Only about 20 available albums were available at launch, including Billy Joel’s “52nd Street” and Bruce Springsteen's “Born in the U.S.A.” But after only a few short years, CD sales had risen so much in popularity that droves of audiophiles were ditching vinyl and cassettes for the new shiny growing disc format. So much so, that by 1988 (just 5 years after its U.S. release), CD sales had eclipsed vinyl, and would soon overtake the cassette just three years later in 1991.

Oh, gods -- I remember the Judas Priest trial. (I think I was a teenager at the time). I'd never heard their music, but the whole trial thing just sounded fake to me -- like the "Twinkies" defence, or the whole "D&D is SATANIC!" nonsense.

I loved what Bill Hicks had to say about this trial:


Bill Hicks wrote: Let me ask you a quick question - which, by the way, failed to come up at the trial which they had: “WHAT PERFORMER WANTS HIS AUDIENCE DEAD?”

I don’t get the long term gain here.

“And then we have a little show’s coming up!”

“I know, it sucks… …unless… Ian, Nijo, come in! Ian, come down! I’ve had an idea, let’s kill the audience. We’re going to kill them, and then we can get back to our day jobs. We can sell shoes again!”

“Oh, well that’s different.” The devil. That still exists, that concept? Really, does that really exist, you know, the devil? Well, tell me something -- what could oppose God’s will? Nothing, could it? There goes the light-bulb of realization. NOTHING COULD OPPOSE GOD’S WILL!! NOTHING…!!

Remember a few years ago, if you played albums backwards there were satanic messages? Now they’re subliminal. Ain’t it nice to know Satan’s keeping up with all these technological achievements! What a little busy beaver he is! I picture him at a Radio Shack, every Monday morning: “What new things do you have for me today?”

Let me tell you something, if you ever sat around playing your albums backwards … you ARE Satan. Don’t look any further. And don’t go ruining my stereo to prove a point…!

Satan! Destroyer of needles, ruiner of stereos! “I am Satan and I’ve come to destroy high fidelity music. You will all listen to 8-tracks.”

Well, let’s say that Rock & Roll is the Devil’s music, and we know it for a fact…? Boy, at least it f---ing jams!! If it’s a choice between eternal hell and good tunes, or eternal heaven and New Kids On The Block …

… I’m gonna be surfing on the lake of fire, rocking out.

All right, so Bill was cynical, and old-fashioned, and as bitter as black coffee ... but damn he was hilarious. (And sometimes right …)

Yeah, Rob Halford (vocalist of Judas Priest) some years later (I believe) had said something similar, "If we were going to put a subliminal message, it would be 'buy more of our records'" or something along those lines.
Tawmis.com - Voice Actor
Comic Relief Podcast!
Neverending Nights
Hello, my name is Larry. Larry Laffer!
Top

Hope it cheers you up!

Hah! I am in a good mood - but that is funny! (And kind of ironic, just installed MK1-4 on an external drive to play when I travel - along with a bunch of other games, including Sierra games, LucasArts, Myst series)

Hard to believe it's been 16 years since Dimebag Darryl was shot and killed on stage, along with three others being murdered by this idiot with a gun.
I clearly remember hearing about this... and it doesn't feel like 16 years ago.
https://blabbermouth.net/news/today-mar ... lls-death/

It's always a tragedy when a person is killed. Musician or not, talented or not -- no-one deserves to die.

Much more so when that person is clearly so talented.

Lennon was only 40 when he was murdered. Chapman killed him because Lennon's lifestyle and public statements (especially his much-publicised remark about the Beatles being "more popular than Jesus", and the lyrics of his later songs "God" and "Imagine") made Chapman angry.

I was only four when Lennon was killed, but I could sense something was wrong. My parents were in shock. They had (and still have) original Beatles records from the 60s, and they were playing them for us kids. That's how I heard the Beatles (and Wings, for that matter) for the first time.
Top

Anyway ... here's something to cheer you all up.

We here at the R.I.S.T.W.I.T.H. (Rath Institute for the Slightly or Terminally Whacked In The Head -- motto "It's all in the RIST" and "Please don't a-RIST us, we're not bad -- we're just crazy!") have been hard at work, and am proud (?) to present our latest creation for your enjoyment (?). We may say that this was created entirely with MS Paint.

Yep. We is definitely crazy.

I'm pummeling everybody I know to take a look at the nefarous NVB Christmas Puzzle.

NBV is the encrypting branch of the AIVD, the Dutch CIA. Their Christmas puzzle is little short of torture - famously hard.
There's a new script around: PHANTASMAGORIA! Check the Script Party topic in the Bard's Forum!
Skip to new scripts
Top

Darker than Christmas - but your post reminded me of "difficult puzzles" - FBI Claims the Zodiac killer's code was recently deciphered fully.
https://www.nytimes.com/2020/12/11/us/z ... roken.html

(Btw, Tawm, hope you liked the "Legal Kombat" thing. I know it was similar to "Banal Kombat" -- I just couldn't resist doing a second one).
Top

It was good. Should keep it going.

Why is MK11 so ... well, exaggerated? Outrageous? The Rambo "fatality", for instance, has him kill someone in four different ways.

Not to mention, every single player character has at least 3 different outfits. What's going on here?