"MASQ Of Eternity" is our traditional Halloween event. It's essentially a "Virtual Masquerade." Please see the FAQ in the forum.
Locked
10 posts • Page 1 of 1

This game was passed along as a play-by-forum to me by some other poster here. it looks like fun, but has yet to be tested.

Werewolves of Miller's Hollow is a very simple (and famous) social deduction game based on "Maffia". With less than 10 players (don't expect we can get that many), the game actually needs to be greatly tweaked, so consider this experimental. Sign up now! Dont worry about the rules, I'll talk you through this! Newbies more than welcome. This game *should* be over really quickly, so maybe we can play serveral rounds. We need at least five to play, but this variant probably won't work beyond 7.

You are an inhabitant of the medieval village of Miller's Hollow. You'll be assigned special roles over PM. One of you is a Werewolf, posing as a regular villager, who will try and kill each and everyone of the others. It is the Villagers' goal to lynch the Werewolf. It is the Werewolf's goal to reduce the Villager population to only 1 other person.

The game alternates between night and day phases.

In a night phase, nobody is allowed to talk/post (except maybe "Zzzzzzz" or "tossing and turning"), while a few different special characters are activated in private, this will be handled by me over PM. This includes importantly the Werewolf, who will select his victim to be killed. Other roles that activate during the night are the Seer, who will investigate to find the Werewolf, and the Piper, who in turn will investigate to find the Seer.

The day phase starts with the reveal of the victim of the Werewolf that night, after which everyone can talk/post freely! Everyone must (eventually) either nominate (publicly) a person to get lynched OR vote for "No Lynch". This includes *of course* the evil characters, as they are pretending to be vanilla villagers. You can actually switch your vote for as long as the last person hasn't voted yet! As soon as the last person votes, the voting is closed and no further votes will be accepted. The person with the most votes dies. If more than half of the people vote for a "No Lynch", nobody gets lynched. Voting "No Lynch" thus doesn't make you immune for becoming the victim of a lynch. Should there be a tie, then nobody gets lynched.

If you die, you may no longer post to the game as a player, only as a ghost - you may chatter but NOT about the game or your role. Your team can still win though!
Unlike regular Werewolf, the roles of the people killed aren't revealed until the very end. 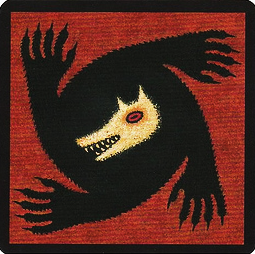 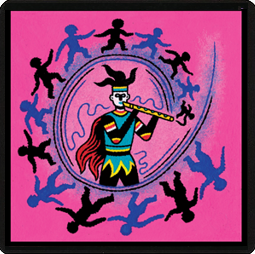 Another evil-hearted character who hates the village so much that he is actually rooting for the Werewolf to kill everyone. Though he doesn't know who the werewolf is (nor the other way around), he is not without his own magical assets to assist the forces of darkness. Each night phase, the Piper may investigate another player, to know whether that player is the Seer or not. The Piper wins if the Werewolf wins. He loses as soon as the Werewolf dies.
The Piper appears as a regular vanilla Villager to the Seer. 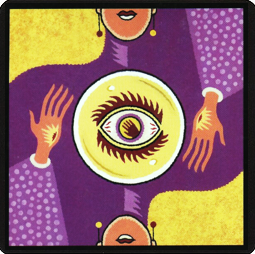 Each night, the Seer may investigate another player, to know whether that player is the Werewolf or not. 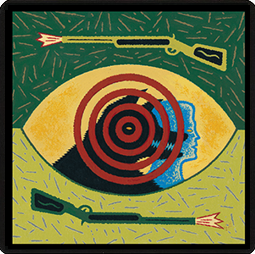 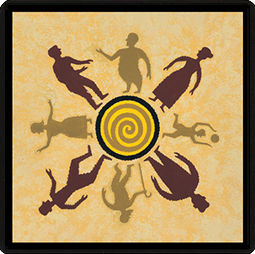 The rest of the players are vanilla Villagers, aka Vanillagers, who have no powers nor any knowledge. Good luck staying alive from the Werewolf and lynch mobs!


Here are the 7 guests lists;

Ah, I know this as One Night Ultimate Werewolf! Count me in.
Werewolf is sort of what made me think of the "Boddy Count" game!
I wanted to do something where players try to guess the bad guy (or gal!)
Mrs. White, you've been paying our friend, the blackmailer, ever since your husband died under, shall we say, mysterious circumstances?
Top

This sounds fun! I want to play too!
Top

This sounds intriguing. I will try.
Top

It is based on Werewolves and One Night yes, but in reality a very different game conjured by internet folks - from what I gather.

Whoops, I've just had news overnight. I'm afraid I shall have to withdraw. =( But this still sounds intriguing. I will watch how it's done.

yep, we need one more then.
too bad Mustard dropped out.
Top

Return to “MASQ Of Eternity”