Just like the title says. Fun little forum related games and threads. Come in here and have some fun!
Post Reply
81 posts

Or a game that Ken would not think of as a Sierra game?

Next hint: there are many different color combinations, and it opens doors and locked items.
Sierra Chest creator, Sierra collector/curator.
Top

You realize, despite similarities, Legend of Kyrandia is not a Sierra game, right? 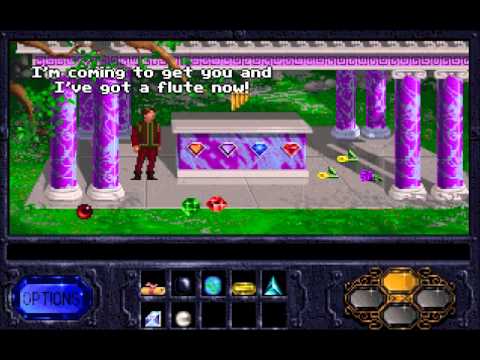 I was thinking the same thing.

Tawmis wrote:You realize, despite similarities, Legend of Kyrandia is not a Sierra game, right?

Legend of Kyrandia is not a Sierra game???

Nope, I wasn't thinking of that

If I am right - remind me of the puzzle - because I am not clearly remembering one where you need to collect several colors to open several doors?

Nope. Not even a Sierra company. Sierra was just the publisher for the developer, Evryware, even though they used Sierra's proprietary AGI to develop the games. Evryware had done Sierra Championship Boxing for Sierra, previously. It was the studio started by the Murrys. They went on to develop games with other publishers, most notably their The Ancient Art of War Series. Rudy is right, though. Ken would think of it as a Sierra game, in spite of it being developed out of house.

Stepped right into the trap

No, it is not Manhunter: New York. Which other Sierra game has "New York" in it?
Sierra Chest creator, Sierra collector/curator.
Top

I'm surprised nobody has found it yet. Ok, here's the item I'm thinking about. Which game does it belong to?

Rama
"Er, Tawni, not Tawmni, unless you are doing drag."
-- Collector (commenting on a slight spelling error made by Tawmis)
Top

Of course!
"This place is huge": gigantic spaceship
"different developer": Dynamix
"unlocks doors and other stuff": doors in the octospider lair, wall panels, pedestals,...
"many other color combinations": they're scattered all over the place clogging up the inventory when you find them all.
"New York": the biggest city of Rama, where all the jewels are located