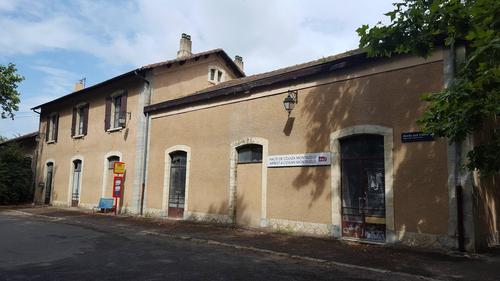 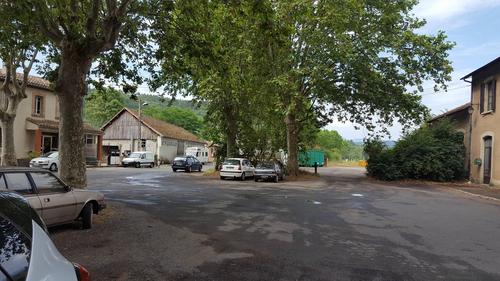 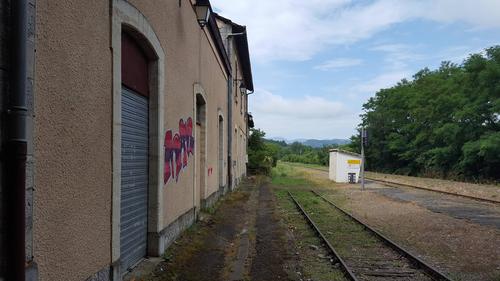 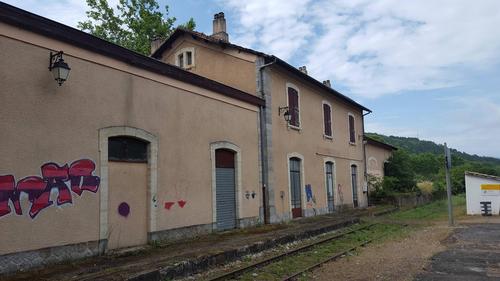 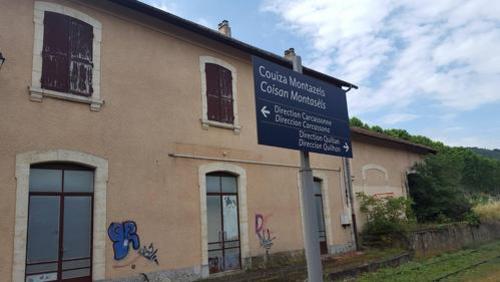 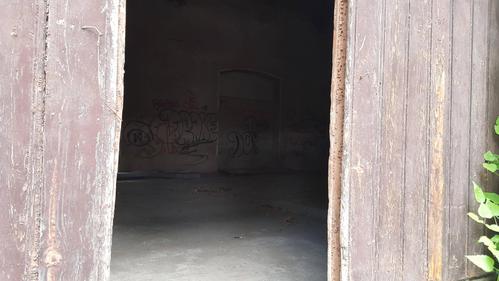 Oh, and the route starts and ends near the church of Serres, a Templar building as I mentioned before. In front of it is a large weirdass bronze crucifix that depicts plants sprouting from its base. This rare image of course features heavily in Gabriel Knight 3,
Top

- The Paris Meridian features heavily in the first half of the track, intersecting with the winding path a zillion times, with marks on trees to show for it.
Top

Swung by the l'Haute Vallée again, discovered a bunch of new stuff.
In Rennes-le-Chateau;
- Arriving in town, I noticed there was advertised a free group "meditation" on Mary of Magdalen, accompanied by live piano music... in the Chateau d'Hautpoule - the building which is the original inspiration for the hotel in the game! Yassss! It was in an ancient souterain dubbed the "Visigothic hall". Since the Chateau is in private hands, this felt like an extraordinary experience. The piano music was lovely. Will post pics when I get round to sorting out my holiday pics!
- In the bookshop I found a book that contained the coptic texts of the so-called "Gospel of Mary Magdalen", with English translation and interpretation. Reading this, I realised that Jane must have read this one too; it has a sentence prominently twice in the first few verses; "Those who have ears, let them hear!"
This is of course very close to what Abbé Arnaud says in the game to Gabe at some point. Can't be a coincidence, since Arnaud speaks so loveingly of the Magdalen cult.
- Unfortunately Asmodeus is still headless, but I bought a small statue of him in a shop nearby (already have a replica of the Magdalen statue). The bass relief of the altar is completely restored.

Rennes-les-Bains;
Stayed for the night closeby, but had not as much time as I liked - I intended to go to Blanchefort the next day. I got up early and bathed shortly in the thermal waters of Rennes-les-Bains down by the river Sals, and started out on a short hike to the Devil's Armchair - I had the place to myself for once. I also studied the IGN map closely, and glanced over the areas marked as Coume Sourdes and l'Homme Mort. I tried to pinpoint these before, but never had a GPS app to accurately do so before, so I fired up Backcountry Navigator and searched out the exact locations. It was as I had found it way back, only the pine tree forest was now big and thick. I tried a few semi-paths into it, but it was no use. The locations marked on that map remain a mystery. Then my eyes caught a signpost "Coume Sourde". Okay. So I fired up Google, and looked up what it was supposed to be. Google Maps identified an area nearby, but definitely not the same place as the IGN map and the game make it. This path took me right to that place on Google Maps, but it seemed nothing more than an old farm near a white and rocky outcropping marked is "le Pique" near the hamlet of La Valdieu. I emerged from the woods on a path, but there were construction works going right next to the sign on the farm that said "Coume Sourde". The construction folks greeted me as an innocent hiker, so I didn't feel like talking or snooping around - it seemed like a random place. Circling round back towards the chair, I did find the actual "l'Ermitage" that is on the map for the first time. A small sign told me this was the right location. It is mostly a bunch of old plateaus with remnants of ancient fortification, with ochard trees on it - with clear sign saying "Private property. No trespassing" which actually means to say "Get off my lawn, you crazy piece of sh*t. I don't like you, go away." So no snooping there either. Very different from another place closeby, confusingly also signposted as "Ermitage" but not on the IGN map (<= this is down by the river banks - I always mistook that place to be the real Ermitage).
Top